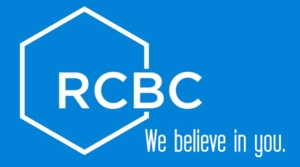 Established in 1960, Rizal Development Bank started as a small development bank in the humble province of Rizal. It received the Central Bank’s approval to operate as a commercial bank in December 1962, and commenced operations under its present name in January 1963. With the inauguration of its mother office at 219 Buendia Avenue (then part of Rizal), RCBC officially became the first commercial bank to ever establish its head office in that province.

Judging by its spontaneous growth from Manila to Mindanao, it can be said that RCBC had a fruitful maiden year. It was already out of the red after less than two months of operations, constantly propelled by its vision of joining the ranks of industry leaders; building a strong and established brand among consumers; and delivering quality service to clients as it provides the best returns to stockholders.

Further solidifying its growth was RCBC’s partnership with two foreign banks in the ’70s — one in America, and the other in Japan. These critical collaborations were designed to strengthen the bank’s international network. With such measures in place, the company soon passed the P1 billion mark in total resources in 1973 and hit the P2 billion mark three years later. The bank never stopped growing since.

Along with rapid expansion came a steady wave of oportunities from a wide range of market segments. These integral growths were first felt in the consumer/retail segment, middle income groups, locators in the export processing zones, corporate partners, and the Filipino-Chinese market segment. RCBC also developed into one of the remittance industry’s strongest players, thanks to its extensive presence that is further boosted by its remittance subsidiaries and partners in North America, Europe and Hong Kong.

Today, RCBC firmly holds its place among the five largest private domestic commercial banks in the Philippines. From 2007 to 2010, its interest and non-interest income have been growing at double-digit rates, triumphantly riding out the global economic crisis with a 3.31 billion net income in 2009, a growth of 54 percent from 2008. For the first quarter of 2010, it posted P975 million in net income, and its total consolidated resources have reached a staggering 282.8 billion.

Equally impressive to its performance is its strategically advantageous position at RCBC Plaza, one of the most commanding, modern, and expansive buildings located at the heart of the Makati Central District.

RCBC’s product diversity is also enhanced by its exceptional adherence to service excellence, which in turn is reinforced by strong investments in information technology. Altogether, these provide a solid foundational platform for delivering even more innovative offerings from one of the country’s top banking institutions.

Along with its thrift banking subsidiary RCBC Savings Bank, RCBC continues to boost its network of over 350 branches nationwide. It has also begun to intensify its worldwide remittance channels by being present in over 180 locations across Asia Pacific, The Middle East, US, Canada, and Europe.

While it is these milestones and growing figures that have captured the attention of many financial experts time and again, RCBC knows that the company’s true wealth lies in its continuous commitment to serve the best interest of its customers. Proving that there’s more to its riches than gold, the bank has put to heart its purpose of providing professional and personalized services to clients, corporations, and other members of the communities it serves. And this sense of duty, above anything else, sets RCBC’s 50 years of service in gold.