Challenging Times, Emerging Markets: A Look at Philippines’ Economy for 2011 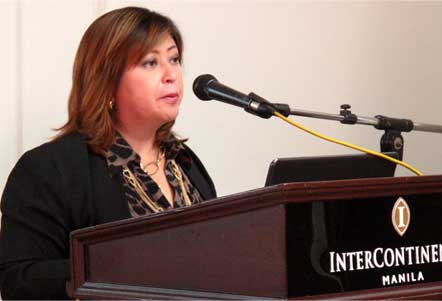 Despite fears of a global double-dip recession, the Philippines (and the whole of Asia) will continue to grow. Corazon Guidote, VP for Internal Relations of SM Investments Corporation, shared an economic analysis for year 2011 to the members of the Bank Marketing of the Philippines (BMAP) during the General Membership Meeting held at Hotel Intercontinental last October 29, 2010.

Factors like large, emerging and very young population and a sound banking system will help sustain growth in the region. “Asia is seeing the reverse with growth in luxury and mainstream spending is sustainable and will grow exponentially with China taking the lead,” Guidote mentioned.

For bank marketers in the Philippines, it is important to note that the banking and finance sector will be one of the growth areas in the country for the coming year. “Growth may be more robust driven by higher consumer and investor confidence,” Guidote stressed. Data from the Bangko Sentral ng Pilipinas has shown that the country’s GNP has already reached $101.3 billion at the first half of 2010, 63.5 percent of which can be attributed to consumer spending.

OFWs. During the first half of 2010, OFW remittances have contributed a 9% share in the country’s initial GNP figures. Almost 60% of OFW remittances are pouring in the provinces, specifically in the areas of regions I, III, IV and VI. The top spenders, on the other hand, are in the NCR and regions III and IV.

Five percent of the total number of OFWs seeks their fortune in the Middle East. Although OFWs in Asia is high at 17.8%, sea-based labor is still at 21%, despite a 1.9% decrease from 2008.

Internet Generation. Another emerging market in the country are the Net Gens or Generation Y. “Growing up digital has had a profound impact on behavior, and brains have been re-wired to produce an uncanny ability to process vast amounts of information, while balancing life between the digital and physical worlds,” Guidote said.

Women. The biggest emerging market, not only in the Philippines but globally, are women. In the US, two-thirds of households have women as breadwinners or co-breadwinners. Furthermore, American women hold 89% of bank accounts. “Because mothers are employed less than singles, women are perhaps being forced by circumstance to the entrepreneurs of today,” Guidote said. She also identified health, education and children’s well-being as the top three areas where women usually spend on.

With the three identified emerging markets, marketers must be able to harness them well to contribute to a holistic economic growth in the country. Guidote simply put it: Never lose hope on the Filipinos.